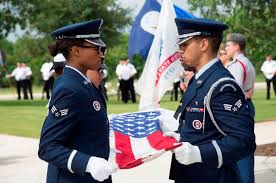 HENRY L. GILKEY JR., WAS ESCORTED TO HIS ETERNAL HOME WITH A 21 ANGELIC ESCORT. AS HE TOOK HIS FLIGHT FROM MORTAL TO IMMORTALITY HE WAS SALUTED WITH A WHITE ROSE CEREMONY WITH HIS FAMILY BY HIS SIDE AS HE SAID IN A VERY QUIET AND UNHEARD WHISPER, "FAREWELL, MY LOVED ONES, I MUST LEAVE THIS BATTLEFIELD THAT WE CALL LIFE, AND ENTER INTO A NEW  PLACE THAT WE CALL GLORYLAND. I KNOW THAT YOU WILL MISS ME BUT, I TOO WILL MISS YOU. PLEASE REMEMBER THAT I WILL ALWAYS BE IN YOUR HEARTS, SO DON'T WEEP FOR ME AS ONE WHO HAS NO HOPE, BUT REJOICE KNOWING THAT TO BE ABSENT FROM THIS OLD SICKLY BODY IS TO BE PRESENT WITH THE LORD."

CLICK ON THE "SERVICE DETAILS". BUTTON FOR MORE INFORMATION.

Obituary;
Henry Lee Gilkey, Jr., 74 of Sherwood, Arkansas; a loving husband, father, brother, uncle, friend
and Popee peacefully passed on January 5, 2019 at 1:14 am at Hospice Home Care, Inpatient
Center on 2200 Bowman Road in Little Rock, Arkansas after a long courageous battle with heart
disease, strokes and other complications.
He was born on August 31, 1944 in Danville, Arkansas to the late Henry Lee Gilkey, Sr. and
Willie Mae Love Gilkey. He was the sixth of twelve children, better known as Junior, Big Dawg,
Uncle Dawg, Dr. Dirt and Gilkey.
He began his adult life after graduating from L.W. Sullivan High School in Morrilton, Arkansas
by moving to Little Rock, Arkansas to attend Barber College. His country was in need of a few
good men and he was drafted into the US Army during the Vietnam Era. Following his time in
service he married his sweetheart, Patricia Ann May from Clarksville, Arkansas on December
23, 1967. To this union, one child was born, Shanda Leigh.
The G.I. Bill provided his opportunity to attend college at U.A.L.R. where he played shortstop on
the baseball team. After two years he followed his friends and attended Arkansas Baptist
College where he graduated with a Bachelor’s Degree in Social Science later obtaining
graduate hours from Ouachita Baptist College.
In his professional career, he worked at various jobs. For example: Teletype, Timex, Taxis Cab
Driver,Trained school bus drivers, Horticulture teacher several summers months at Petit Jean
State Park, Middle School Social Studies Teacher for one semester where he decided being
inside every day was not for him. He decided to open his own Barber Shop in North Little
Rock,Arkansas. His love for the outdoors lead him to opening his own Lawn Care Business.
Both Barbering and Lawn Care were interchangeable. He worked both jobs until his health
failed.
He attended Trinity United Methodist Church in Danville during his youth. After moving to North
Little Rock he united with Lee Chapel African Methodist Episcopal Church (AME) where he
became famous for his cooking, especially his smoked turkey legs and his large smoker named
“Bruiser!”
Gilkey was a people person and spent his life mentoring young men and extended family
members. He gave them jobs that helped financially while learning life’s lessons on how to
work,how to be a man and to quote several of them, ”to know that you should go to school so
you never have to do that kind of work again!!” He never told them he had a degree.
He participated in numerous projects. He was often found cooking for every church that asked
him. HIs favorite project was cooking for the Horace Mann Transitional Class of 1972 with
friend Carl Vault and serving various foods for donations used to give College Scholarships to
worthy students.
He loved cooking for the Danville Bar-B-Que at Homecoming. He volunteered to cook turkeys
for many neighbors during Thanksgiving free as a gift for the holidays.
He received recognition for 20 years of Service as a Commissioner for Sherwood Fire
Department, and the first Sherwood Chamber of Commerce David Gentry Citizen of Distinction
Award.
In addition to his parents, he was preceded in death by three brother James, Roy and Haze.
Survivors include his wife of 51 years, Patricia Ann Gilkey, daughters, Karen Moody (Marvel)
and Shanda Henry, three grandchildren Nicole, Nathan and Myah, two great grandsons,
Richard and Andre. He is also survived by his siblings,Charles Gilkey, BettyTaylor (Richard),
Ivory Pearson (Stephen), Luther Gilkey(Array), Mary Ann Scroggins, Maxine Reed (Haywood),
Ken Gilkey (Angela) Gerald Gilkey (Stephania), God son, Mike Carpenter, special friends Carl
Vault, Mike Pettus, Stan Marsh, Floyd Burns,Wilbert Bacum, Willie Fields, Jim Calhoun, Gary
Persons,William Booker and a host of nieces, nephews, extensive extended family and a host of
friends that he has met throughout his life.

WE WOULD LIKE TO ENCOURAGE YOU TO SIGN THE ONLINE GUEST REGISTER, SEND CONDOLENCES/ WORDS OF SENTIMENT AND UPLOAD PHOTOS, VIA THIS MEMORIAL PAGE.  THIS AND ALL OF OUR MEMORIAL PAGES WILL REMAIN INDEFINITELY ON THIS SITE SO THAT YOU, THE FAMILY & FRIENDS CAN REVISIT HERE ANY TIME YOU FEEL THE NEED TO DO SO.

(AT THE FAMILY'S REQUEST, PLEASE DO YOUR REFLECTIONS AND REMARKS DURING THE WAKE i.e. FAMILY HOUR / GATHERING OF FAMILY & FRIENDS ON FRIDAY FROM 6:30 - 8:00 P.M.. THANK YOU AND PLEASE BE CONSIDERATE OF THEIR REQUESTS.)

To send flowers to the family or plant a tree in memory of HENRY L. GILKEY JR., please visit our floral store.