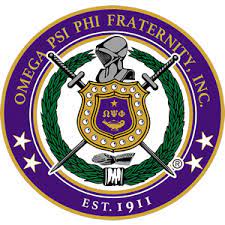 James Edward Berry was born in Conway County (Arkansas) and reared in Atkins, Arkansas. He was the sixth of seven children born to Altha Stokes Berry and Alfred Berry, Sr. Brother Berry attended Atkins (Arkansas) Public Schools, where he was a star athlete in basketball, football and track. He was a graduate of Philander Smith College (Little Rock, AR) where he received his Bachelor of Arts Degree in Business Administration. James went on to receive his Certificate of Completion from Paul Harris School of Real Estate. He sold homes for Century 21 for many years.

Throughout his professional career, he also worked as a Department Manager for Woolco Department Stores, as well as the Arkansas Gazette.
He finished his career as a Certified Sales Professional with Frank Fletcher Auto Group.

In 1973, he united in marriage to Gloria “Jean” Douglas (Berry). To this union was born two wonderful sons Xavier Lateef Berry, Sr. and Malcolm Jamaar Berry. He was also the proud grandfather of Xavier Lateef Berry, Jr. and Samya Nicole Hale. In addition to his bloodline, James served as a father figure and a mentor to several of the youths within his neighborhood here in North Little Rock (Arkansas) and beyond.

At an early age he gave his life to Jesus Christ. After moving to Little Rock (Arkansas) to further his education, he eventually joined St. Andrew AME Church where he was a faithful member until his death. James served his church in several capacities including: Sunday School Teacher for the Adult Class, Assistant Sunday School Superintendent, and Trustee. He was also member of the sanctuary choir, as well as the male chorus.

Brother Berry was an avid reader. He also enjoyed listening to music, singing, gardening (vegetables, fruits and flowers) fishing and drawing. Purple and Gold were his favorite colors. Needless to say, he was a proud member Omega Psi Phi Fraternity, Inc. He was initiated into the Pi Sigma Chapter (Philander Smith College) Spring 1971.

Some of his favorite foods were: chicken, neckbones, beans, peas, greens, corn, deviled eggs, Mexican cornbread, pound cakes and pies. He enjoyed showing children that he liked several of the same things that they did such as playing basketball and riding roller coasters. His infectious personality and ability to make others laugh will truly be missed.

MASKS ARE TO BE WORN AT ALL TIMES BEFORE ENTERING ANY EVENT!! NO MASK, NO ENTRY!! ALSO, 6FT DISTANCING REQUIRED!! HANDS MUST BE SANITIZED!!

To send flowers to the family or plant a tree in memory of JAMES EDWARD BERRY, please visit our floral store.