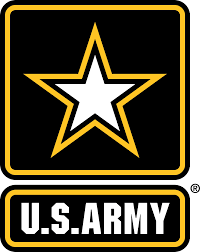 WATCH SLIDESHOW TO THE LEFT

Jeff Lovelace, Jr. 72, of North Little Rock, was born July 26, 1946 to the late Rev. Jeff Lovelace, Sr. and the late Lessie Sypert Lovelace. He was the second of three children born to this union.  Jeff, Jr. spent his early childhood in Kansas City, Missouri, where he attended Wendell Phillips Elementary School. In the early 1950’s, he and his siblings returned to North Little Rock, Arkansas, where he attended Scipio A. Jones High School.  During his high school years, Jeff was regarded as a mathematician, leader and scholar, receiving many honors. He was a member of the football team, and voted as Jr. Mister Jones High School in 1961. He graduated from Scipio A. Jones High School of North Little Rock in 1964.  After graduating from Scipio A. Jones High School, Jeff enrolled and attended Fisk University in Nashville, Tennessee on a full scholarship.  At Fisk University, he soared in academics. After graduating from Fisk University, Jeff was drafted into the United States Army during the Vietnam war era, where he served from November 25, 1969 through November 20, 1971. Always a high achiever, he received several honors including the National Defense Service medal, the Vietnam Service medal, the Vietnam Campaign Medal w/60 device, the Army Commendation medal, the Bronze Star medal and the Good Conduct medal.
Upon being discharged from the United States Army ranked as an SP5, Jeff attended Worchester Polytechnic Institute in Worchester, Massachusetts where he received a Master’s Degree in engineering.  Shortly after graduation, he landed a position as an engineer with the Gillette Company, in Boston Massachusetts, where he enjoyed a successful career for over 20 years.  Afterwards, he became an entrepreneur which led him into opening and operating his own import/export business. This allowed him to travel worldwide, particularly to Brazil.

He leaves to cherish his passing, sisters: Maxine Lovelace Graves of Conway, Arkansas; Saundra Lovelace Harris and Evelyn Lovelace, both of North Little Rock, Arkansas; a brother, Ron Morrow, of Kansas City, Missouri; a special friend, Sandy Strother, of Boston, Massachusetts; and a host of nieces, nephews, relatives and friends.  There will be a graveside service on July 26, at 1:00 pm at the Arkansas State Veteran's Cemetery in North Little Rock. Kelly Smith Funeral and Cremation Services (8424 Kanis Road * 501-612-5607 in Little Rock, Arkansas), will be serving the Lovelace families. For more information, to sign online guest register, send flowers/condolences/photos and to light an "In Loving Memory Of" candle. www.kellysmithfunerals.com

In lieu of flowers, make a donation to any of the charitable organizations listed below.

Click on the "SERVICE DETAILS" button to get updated time and location information. (The Wake, family hour and gathering of family and friends CAN mean all the same in some circumstances, PLEASE read "SERVICE DETAILS" to be correctly informed)

click on the "TRIBUTE WALL or GUEST BOOK" button to see all photos, click on a photo to enlarge it. Then click the L or R  arrow to scroll through all photos.

click on "FLOWERS & GIFTS" button SO THAT YOU CAN SEND FLOWERS, GIFTS & FRUIT BASKETS,

YOU CAN ALSO UPLOAD PHOTOS/VIDEOS OR LIGHT AN "IN LOVING MEMORY OF" CANDLE (DESIGN AND COLORS CAN BE CHANGED) FROM THIS, MEMORIAL PAGE.

WE WOULD LIKE TO ENCOURAGE THE FAMILY AND FRIENDS TO CONTINUE TO LIGHT  A CANDLE ON THIS MEMORIAL PAGE THROUGHOUT THE DAYS, MONTHS AND YEARS TO COME. ESPECIALLY, DURING DAYS OF SPECIAL EVENTS, ie. BIRTHDAYS, HOLIDAYS,  ANNIVERSARY AND THEN ON DAYS WHEN YOU JUST WANT TO SAY SOMETHING TO OR ABOUT YOUR LOVED ONES FOR NO SPECIAL REASON,  YOU CAN ALSO SEND PERSONAL MESSAGES, AND UPLOAD PHOTOS ANYTIME.

THIS MEMORIAL PAGE WILL REMAIN ON OUR WEBSITE INDEFINITELY. DO SHARE YOUR THOUGHTS, FEELINGS AND PHOTOS WITH THE FAMILY, THEY WILL APPRECIATE IT VERY MUCH.

To send flowers to the family or plant a tree in memory of JEFF LOVELACE JR., please visit our floral store.